We welcome our new Vicar

All Saints Primary School would like to take this opportunity to offer a warm welcome to our new Vicar of All Saints’ Church. Here is a short biography on Father Antonio. 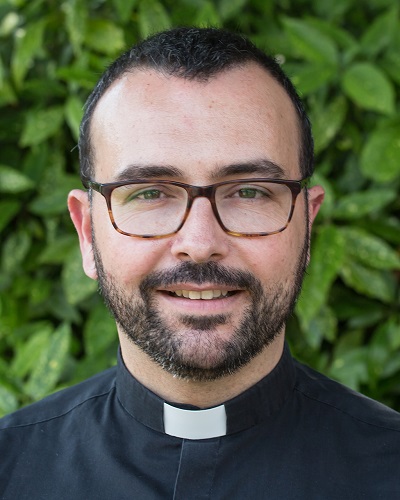 I was born in Madrid, Spain. I studied Sacred Theology and then went on to teach at a Secondary School in Madrid. Since my youth, I was involved in several Roman Catholic parishes in Madrid.

Later, I spent some time in a mission in Venezuela, in the Amazon, supporting local communities. I also spent some time doing some courses in Rome and spent some time in Paris, improving my French. In 2003 I moved to London… for “a gap year”, which is now on its 19th year! Here I came across the Church of England, which would become my spiritual home and where I would be called to become a Priest in 2015.

During my first few years in Ministry, I worked in the Pastoral Team of St James’ and St John’s CofE Primary School in London and as a School Governor of St Augustine’s Secondary School in Kilburn.

In 2018 I came to the Diocese of Southwark, first as Assistant Priest of St Barnabas, Dulwich, and Chaplain of St Christopher’s Hospice, Sydenham. Then I went on to St Matthew’s, in Elephant & Castle, as Associate Rector, to support in the new stage and growth of the Hispanic Mission. I became Vicar of All Saints’ Church on April 2022, and will be working closely with All Saints’ School.